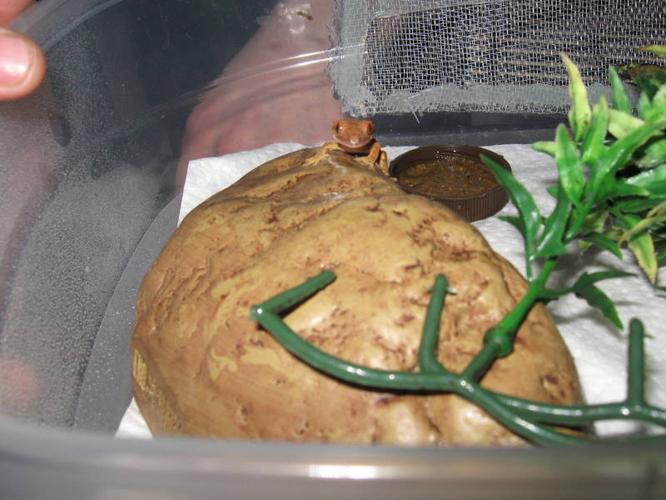 I have three baby crested geckos for sale. All three are unsexed due to their ages. They have been raised on Repashy's crested gecko diet and we've used paper towel as a substrate in their homes. We're asking $50 for the babies, or $80 for a pair.
Two are a dark tan with a weak chevron back/mild tiger kind of pattern to them. They hatched late August of this year (22nd and 24th respectively), making them a little over three months old. They are alert and feisty in a baby gecko kind of way.
The other is a distinct chevron back who takes more after its mother in his orangy-brown base colouring. It hatched late October of this year (the 20th), making it a little over a month old. He is a cheeky little thing that likes to squeak at me when I give him food, and he has plenty of energy that he usually devotes to making leaps of faith and/or just running for it.
Their parents are captive bred and I have included pictures of them for comparison.
The babies do not come with a terrarium, nor any kind of furniture. The pictures were taken today.
We will however include a couple weeks worth of crested gecko diet that they have been raised on, as well as contact information from our supplier of said diet. We will also be available if you have questions about the geckos down the road, we do like to know how they turn out. 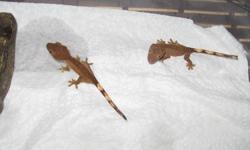 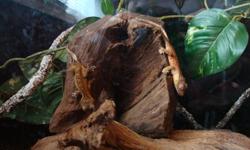 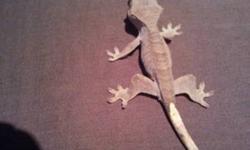 Crested Gecko Babies for sale $35
Crested Geckos are one of the easiest to care for lizards as they do not require any special heating they are very... 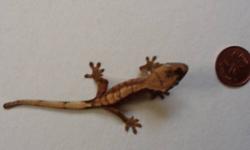 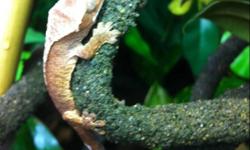 Animals in: Vancouver
Copyright © 2022 localmarketpets.com, All Rights Reserved. Designated trademarks and brands are the property of their respective owners.
Home | Ads | About | Place an ad